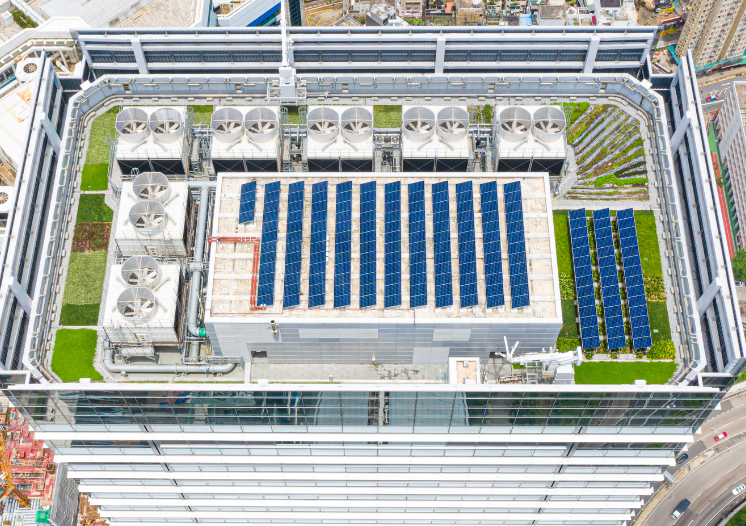 Residential users as well as commercial and industrial consumers are embracing on-site generation for their electricity needs. Centralised production based on fossil fuels power plants will still dominate the electricity supply systems, with demand for oil expected to peak by 2029 and gas by 2037, according to Mckinsey.  However, decentralised solutions are becoming relevant. Users are now looking to become self-sufficient in their electricity needs and distributed energy resources are the way to do that.

The three main drivers behind this transition are:

Of these three, the main reason for self-producing renewable energy is cost. Key components to the distributed energy story, solar panels and batteries, have fallen in cost by approximately 65% and 85% over the last decade and look set to fall by a further 32% and 57% to 2030.  DER is here and prospective users are aware of these solutions and looking into DER as a feasible replacement. The Economist Intelligence Unit asked over 450 UK business executives across retail, manufacturing, logistics & transport and hospitality about their position toward adopting distributed energy generation. The results showed a range of 64.5-75.7% of respondents across the four sectors investigating increasing the amount of electricity they self-generate.  There is also strong upside for growth in the residential market. Residential solar rooftop penetration in the US alone is only  ~3%, indicating a solid base of users already in the US but the vast potential distributed renewable generation has for growth.

Emerging trends in the Internet of Things (IoT) and 5G should increase the utility of the DER solutions, boosting energy efficiency and translating into reduced costs to users. Virtual power plants along with solar rooftops and battery storage epitomise the concept. Coupling trends in technology with political support in the form of government subsidies and favourable fiscal stimulus around energy generation will increase the adoption in specific jurisdictions, further increasing momentum of DER adoption.

We believe that in the next 10 to 20 years our grids will be dramatically different. We will phase out the centralised fossil fuel-based structure and replace that with a modern, decentralised smart grid with material distributed generation based on renewable energy. To date, our equity benchmark is the only one that represents this megatrend offering investors exposure to the future of how global energy is generated, distributed and consumed.

The Decentralised Grid of the Future

Localised power systems help serve on site electricity needs, frequency control after electricity delivery and provide flexibility to the energy system by mitigating the overload in transmission lines. Greater quantities of small power systems have greater reliability than a smaller number of very large installations. Less distance travelled, restricts electricity lost in transmission and distribution (T&D). However, the biggest driver crucial for making decentralisation work is the rapid growth of the IoT overlapping with the digitisation of the grid to address the increasing complexity of our new energy system.

Through the assurance of a secure source of electricity supply generated and stored on-site, adoption will continue to rise for those who both require security and the ability to control costs. Fossil-fuels are inherently inflationary due to their scarcity and have been responsible for historic rising residential rates for electricity. In the US alone, residential rates have increased by 32% in over 10 years, largely driven by a fossil-fuel powered energy system.  In contrast, the levelized cost of energy from solar panels and cost of storage for residential users has fallen by ~65% and ~85% respectively over the same period.

The iClima Distributed Renewable Energy Index is unique in being the only benchmark offering access to companies developing flexible technology which enable electricity generation and storage using renewable energy sources in a local, decentralised, and modular way. Companies offering solutions in the formation of a new distributed energy system are expected to be “climate champions” responsible for the development of an effective climate change mitigation solution and widespread decarbonisation.