Fossinflation - Why rising inflation only entrenches the clean energy transition, and why this transition will accelerate in 2022 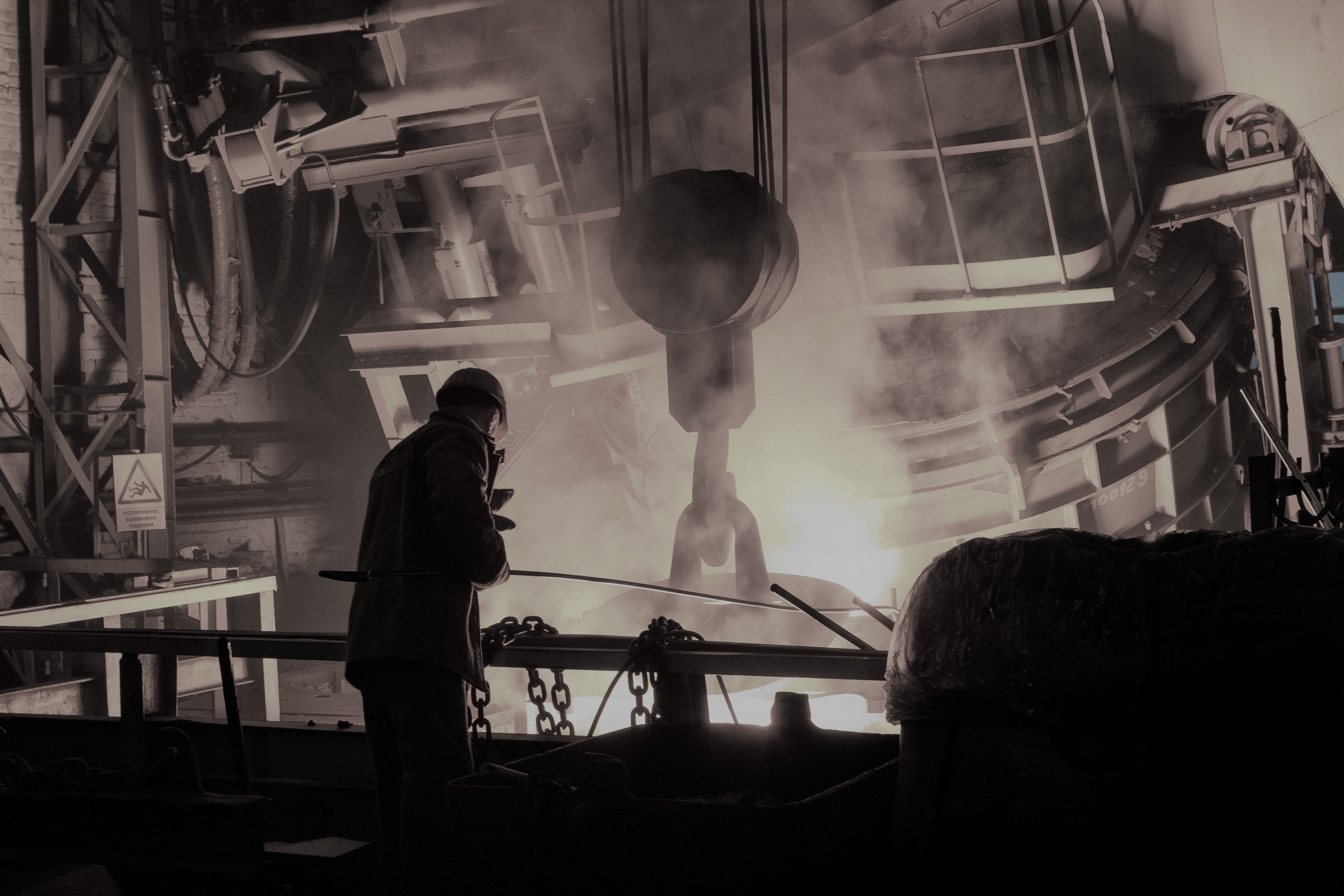 Photo by Kateryna Babaieva from Pexels

2022 has not had the smoothest of starts. A gas crisis still looms, inflation is rising and Senator Joe Manchin III looks no closer to supporting Biden’s Build Back Better bill. It is hard to find a bright spot in Manchin’s opposition of the bill, but many commentators see the preceding two issues not as bad news, but as evidence for, and further tailwind behind, the clean energy transition. This article outlines why what we term ‘fossinflation’ is actually good news in the long term, before looking ahead to key events and specific triggers in 2022 that will further entrench the transition.

‘Fossinflation’? Energy inflation is bound to continue until investments in clean energy catch up.

Soaring oil, gas and coal prices were key drivers of the jump in inflation of the last few months. Only in December, over 1/3 of the record 7% US CPI inflation came directly from high energy prices. ECB president Lagarde has pointed out recently how “energy supply challenges” have contributed to higher inflation. The indirect impact of this inflation, through higher input costs for manufacturers and commodities producers, is also very meaningful. Looking carefully at the supply challenges that the fossil fuels industry is facing it is clear that the problem is structural and can only be solved by accelerating the pace of investments in clean energy. “Fossinflation” will therefore persist beyond 2022. Here’s why:

Investments in oil and coal have dropped sharply in the last 5-10 years as financial markets and investors have rightly put pressure on producers to cut carbon emissions. Energy demand is still too reliant on burning fossil fuels which our planet cannot afford. The transition to clean energy on the demand side is not happening fast enough. As long as the supply of fossil fuel decelerates faster than demand, price inflation will have to continue to curtail demand growth. The risk is that if investments in alternative energy are too slow, the only way to reduce fossil fuel demand is to curtail economic growth.  On top of that, fossil fuel production is increasingly concentrated in the hands of a few producers with poor track-records on geopolitical matters (Russia, Saudi and OPEC) which exacerbates geopolitical tensions.

This source of price inflation is therefore systemic. That is why we see most governments coming to the conclusion that the only long term solution is to accelerate investments in alternative energy, freeing economies from their dependency on fossil fuels. Paradoxically then, while “fossinflation” puts pressure on central banks to increase interest rates which hurts growth companies’ valuations, the tail winds supporting the megatrend of climate change mitigation only intensifies.

EV penetration is likely to accelerate considerably as the cost to fill an ICE car keeps going up. Similarly, solar power, wind and distributed generation - the main antidotes to the extreme volatility in gas and power prices – only become more price competitive versus gas or coal fired thermal plants. “Fossinflation” just demonstrates that there are many reasons to move away from fossil fuel. iClima Global Decarbonization Enablers and iClima Distributed Renewable Energy Indices are very well positioned to benefit from that.

Six triggers that we predict will cause the transition to accelerate in 2022 against this backdrop of ‘fossinflation’:

1. Solar accelerates in the USA: The US EIA expects solar to account for almost half of all the new generating capacity of ca. 46 GW that is to be added to the grid in America in 2022. From the 21.5 GW of utility scale solar to start operation in 2022, most will be in Texas (28% of the national total). Natural Gas fired power plants will represent the second largest source of new electricity with 9.6 GW being added to the system, followed by wind at 7.6 GW. About 51% of all new wind in 2022 will be located in Texas, and the 999 MW Traverse wind park in Oklahoma, the largest new wind farm to start operation in the year, will reach COD in April. The year should also see 5.1 GW of in front of the meter clean energy storage added to the grid in the US alone.‍

2. Wind accelerates in Germany: In Germany, the new Economy & Climate Action Minister has said early in the year that he wants measures in place to drive renewables to 80% of the energy mix by 2030 and make the country climate neutral by 2045. The new plan would add up to 10 GW of onshore wind every year until the end of the decade, achieved by streamlining permitting processes and making 2% of land available to wind. The new target for Offshore wind is 30 GW by 2030. All new buildings in Germany also need to have solar energy fitted in.

3. EV adoption rates rise in the EU and the UK: Experts continue to update expectations of sales of BEVs. As 2021 was another stellar year of EV sales growth and 2022 will mark the launch of over 30 new BEV models, a new study projects ICE sales to be below electric units as early as 2025. In 2022 we expect to see further evidence of consumer sentiment moving away from high emission ICEs

4. China accelerates & embraces ESG as a lending tool: As 2021 came to a close, the Chinese Research Group of the Green Finance Committee of China Society for Finance and Banking, a consortium of government, academic and private-sector experts, released a 200 page report predicting and accounting for investments equivalent to US$75 trillion in carbon neutrality financing until 2050. Investments would target a wide range of green technologies. Green loans already represent ca. 10% of the outstanding credits of Chinese banks, and this is expected to rise to 25%, while banks will also increasingly be prompted to reduce lending to high-emissions industries and to embrace ESG in the underwriting process.

5. Hydrogen - from hype to concrete projects: 2021 marked the year where H2 took centre stage as a climate change solution. The speed with which countries are promoting the zero-emission fuel is impressive and 2022 will mark several milestones. In the UK the launch of a GBP 240 million H2 fund is expected, with first contracts awarded in early 2023. The UK government’s aim is 5 GW of low carbon H2 production by 2030. In Europe, S&P predicts 65,000 mt/year of low-carbon H2 production capacity will come online in 2022 alongside a wave of new additions in 2023 & 2024 that will bring total H2 production to one million mt/year. In 2021 the largest project in Europe was a 10 MW electrolyser opened by Shell in Germany. Several 20 MW and 30 MW plants are under construction and will come online in 2022. Europe’s first 100 MW electrolysers will begin production in 2023. Globally, S&P Global Platts predicts that there will be just over 2 million mt/y of low-carbon H2 capacity by the end of 2022, rising beyond 6 million mt/y by 2025 and to over 24 million mt/y by 2030. The majority of that will be green H2 (4.4 million mt/year to come online by 2025, rising to 16.7 million mt/y in 2030).‍

6. V2G becomes a household acronym: Starting in 2022, all EVs produced by Volkswagen will be bidirectional, being able to discharge electricity back to the grid. VW joins Nissan, Kia and Mitsubishi which have all launched V2G enabled BEVs from as early as 2013. Ford starts the production of its V2G truck, the F150 Lightning in the spring of 2022. With the upcoming publication of the ISO standard 15118-20 in 2022, further standardization to key equipment components will be an additional support for scalable V2G applications to take off.

January & February: All eyes will be on the US as the “on again, off again” Build Back Better bill hangs in the balance. The proposal has already been reduced to $1.75 trillion. Sen Manchin told reporters on Jan 4th that no negotiations were taking place but conversations are clearly happening behind closed doors. Partially a climate change bill, with $550 billion of climate investments, the approval of BBB would provide further momentum to EV adoption and energy efficiency programs. Meanwhile on the west coast, there will be a vote on the California Public Utility Commission’s (PUC) proposed monthly utility charge of $8/kW on solar rooftops. Criticism has been intense, including from Elon Musk who has voiced complete disapproval of this solar tax idea.

April: The GFANZ initiative will celebrate its first anniversary. We expect to see Mark Carney in the media, sharing revised figures on the acceleration of private financing towards climate change mitigation.

May: The COP15 Convention on Biological Diversity will be held in Kunming, China, after suffering multiple covid-induced postponements. Our pressing biodiversity crisis is rising to prominence alongside climate change, and the two must not be considered in isolation. Scientists hope for a ‘Paris style’ agreement on ending biodiversity loss.

June: The IFRS Foundation will complete the consolidation of the Climate Disclosure Standards Board and the Value Reporting Foundation, an important milestone to making climate disclosure mandatory.

July: The UN Ocean Conference will take place in Lisbon, Portugal. Businesses and individuals are also to engage in the discussion on how to curb marine pollution and commit to the responsible consumption of ocean resources.

August: From the 2nd onwards, financial advisers in the EU will need to consider their clients’ ESG preferences in their appropriateness assessments. From that day, funds will need to report on the percentage of assets deemed sustainable in accordance with the new EU Green Taxonomy, and how they take “principal adverse impacts” into account.

September: The Intergovernmental Panel on Climate Change (IPCC) will launch its first comprehensive assessment report since the adoption of the Paris Agreement in 2015. NY Climate Week will take place from the 19th to the 25th, designed to coincide with the UN General Assembly event.

November: The month begins with midterm elections in the US. On Nov 8th all 435 seats in the lower house and 34 out of 100 seats in the Senate will be contested. COP27 will take place in Egypt from the 7th to the 18th. We expect new commitments from the 40 countries that did not submit new Nationally Determined Contributions (NDC) in Glasgow. In Egypt, we expect to see clarity on mandatory disclosures, revised targets by GFANZ, phase out of coal language and further regulation of the voluntary offset carbon markets.