Smart Inverters, the Humble Key to a Secure and Profitable Distributed Energy Future? 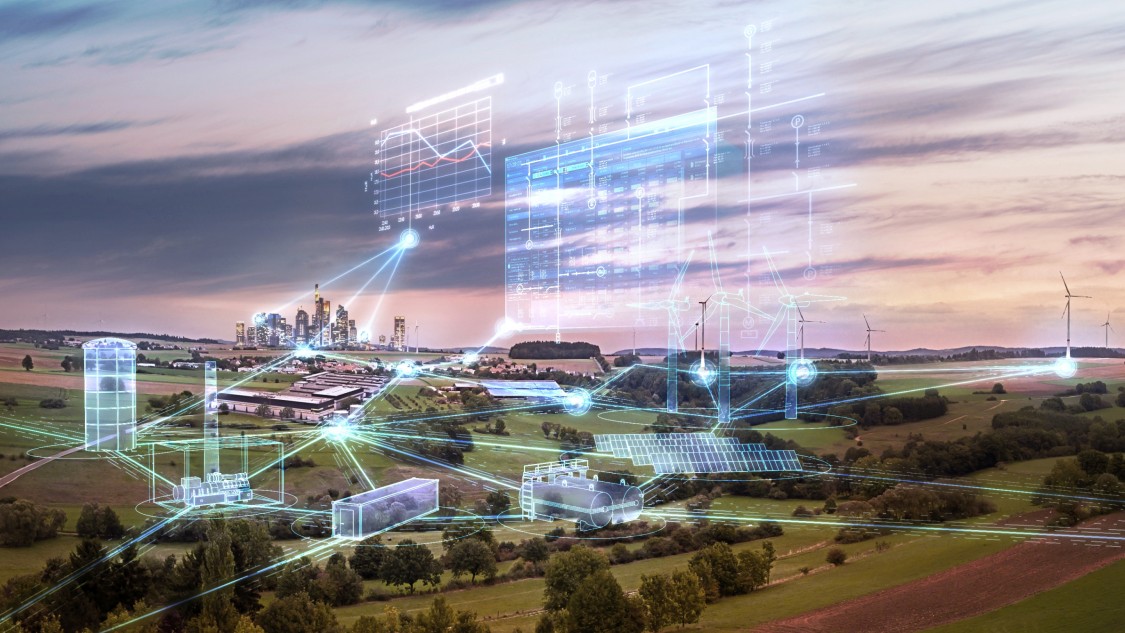 Whilst the price of renewable energy has dropped dramatically in the last decade, overhauling our energy systems is about more than just economics. The expansion of renewable energy sources will challenge the capability of our grid-based electricity infrastructure to meet our burgeoning energy demands. Centralised electricity grids were designed for consistently generated power, not variable renewable sources such as wind and solar. In a majority renewable powered grid, production and consumption regimes are often incompatible, meaning flexibility is becoming king. Companies are racing to create technologies that facilitate this flexibility, many of which lead to distributed rather than centralised energy production. Benefits of this include greater energy autonomy, security, cost-efficiency and sustainability for the end user, and greater stability for the grid as a whole. Furthermore, these technologies will allow developing economies to bypass the construction of costly, often carbon intensive electricity grids, instead focusing on community level clean power generation. This promises sustainable empowerment ahead of schedule. Here, we aim to highlight one small, but crucial, piece of this distributed energy puzzle: the ‘smart’ inverter.

What is a ‘smart’ Inverter?

Traditionally, inverters had a simple function: to convert the Direct Current (“DC”) output from power sources such as solar panels or wind turbines into Alternating Current (“AC”) current that can be used in buildings and appliances. As renewables make up an increasing percentage of the energy mix, it has become clear that this function is not sufficient. So called ‘smart’ inverters are going further, seeking to tackle the problems associated with the integration of renewables. Now, ‘if you think of an inverter as only a converter, it’s like thinking of a smart phone as just an implement to make calls[1].’

We identify four key features of ‘smart’ inverters. It is important to note that the exact definition of what constitutes a ‘smart’ inverter varies. In practice, the term can encompass central and micro inverters in grid-tie, off-grid and hybrid scenarios across both commercial and residential settings. An inverter does not, therefore, have to exhibit all the below features to be termed ‘smart’, but will offer more than the simple conversion function and likely tackle at least one of the problems identified. Solar is used as an example source.

In a traditional ‘string’ inverter setup, multiple solar panels are wired to a single inverter in series. Impaired performance in any single panel therefore limits the output of the other panels to its level. In other words, the performance of the entire string of panels is defined by the worst performing panel, or the string’s ‘bottleneck’[2]. Common impairments include shade, snow, bird droppings or technical faults. Micro-inverters, as pioneered by Enphase Energy[3] attach to solar panels individually meaning disruption to one panel does not affect others. Micro-inverters can make back their higher up-front cost by maximising power output, particularly in residential settings where panels may face in different directions and are vulnerable to damages or shade.

Similarly, where panels are wired in series to a string inverter, identifying a problem is difficult. It requires testing each panel individually, pausing power production of the entire string. In large-scale commercial settings, this becomes a costly procedure involving hired maintenance teams. ‘Smart’ inverters, whether micro or not, are beginning to offer advanced troubleshooting capabilities using complex software and even AI. Many ‘smart’ inverters will autonomously fix small problems in the system, saving huge amounts of resources.

At present, grid-tied solar installations can be damaging to the functioning of the grid. At any disturbance in power or frequency, traditional inverters will shut down. As the system becomes increasingly comprised of intermittent renewable sources, and extreme weather events also become more frequent, fluctuations in voltage or frequency will become more common. Inverter shut-down creates a double-whammy; localised power loss is accompanied by a ‘whipsaw effect’[1] on the grid, wherein shut-down creates further disturbance initiating more shutdowns and the potential risk of blackouts. ‘Smart’ inverters can be programmed to ‘ride through’ small disturbances by going into standby and monitoring their duration. They additionally have capabilities to regulate voltages and frequencies, including by injecting or absorbing electricity into or from the system, making the solar installation an asset rather than a burden to the grid[2].

Perhaps the most exciting function of smart inverters is their potential to autonomously manage energy distribution. At present, the misalignment of solar production and consumption cycles creates inefficiencies in the system. For example, excess energy produced is stored in inefficient battery systems, generation capacity is not always needed and, in other areas, solar cannot produce enough energy. Many ‘smart’ inverters are able to efficiently distribute supplies around the grid in real-time, ensuring that maximum energy output is utilised from each PV installation, bringing both income and energy security. Current ‘smart’ inverters are designed with progress in mind, allowing software updates and connectivity to be easily programmed into the hardware.

Smart functioning in particular nods to the future potential of a grid system. Whilst traditional grid systems linearly move energy from a central plant, energy travels in every direction in this depiction of a potential decentralised future energy system. Such distributed generation gives homes and businesses autonomy and security, plus freedom from price hikes or inflated ‘estimated’ billing.

Within this distributed energy system, Vehicle-to-Grid (V2G) charging is an enticing prospect. Exponents say it offers the most cost-effective way of storing energy and providing the backup power and control necessary to support a flexible grid system. With a predicted 140-240 million electric vehicles on the road globally by 2030, the case to utilise their storage capabilities seems strong[1]. Sceptics, however, argue that declining battery costs will render costly R&D insensible, so developments must be closely monitored[2].

The Companies in iClima’s Universe in this Sphere

If the humble solar inverter was ever to make headlines, it was likely that Tesla would be involved. On the back of a bumper year, the Californian giant finally announced the development of its own solar inverter, the final component in a full home solar offering alongside the Powerwall[3]. Tesla typically pursues vertical integration strategies to help with cost control and system updates, so the announcement was unsurprising to analysts[4]. Over the air connectivity makes the system simple to use and offers Tesla the opportunity to re-configure their system as new technologies emerge[5]. Market leaders Enphase Energy and SolarEdge saw drops of 9% and 14% respectively in light of the announcement.

Enphase and SolarEdge currently hold a duopoly over the US solar inverter market[6]. Enphase pioneered the micro-inverter and remains the leading supplier of solar micro-inverters globally[7]. After spotting issues with his string inverters in the early 2000s, Martin Fornage saw an opportunity and formed Enphase in 2007. After fluctuating growth over the last decade, their stock gained 570% in 2020 after rising 452% in 2019, earning them a spot in the S&P 500, the first ‘pure play’ solar company to be added[8]. Their success has come through the US and then European markets, so there is plenty of room for growth when they decide to push into new arenas. Tesla’s new inverter is not in itself a threat to Enphase because it isn’t a micro inverter, so long-term fans of the company see the current dip as a good opportunity to buy shares[9].

SolarEdge focuses on central inverters and power optimisation systems. Until now, they have provided the inverters for Tesla’s Powerwall, so they stand to be more affected by the announcement. That said, SolarEdge has an impressive record and analysts predict a strong rebound[10], particularly as the Tesla offering does not include a power optimiser. Greentech Media predict that the Enphase-SolarEdge US duopoly will continue due to patent protection, manufacturing scale and NEC rapid shutdown requirements[11]. Up 236% in 2020, SolarEdge’s  inverter is reported to have 99% efficiency, a key measure and the highest in the market[12].

Having negatively screened its oil and gas operations, Siemens AG was added to the iClima index this month. Buying Kaco’s string inverter business in March 2019, the German industrial supplier is making strong moves, diversifying its once fossil fuel heavy business model. The company’s capacity makes its re-alignment an important moment in the energy transition. The acquisition of the string inverter Kaco adds to Siemens a solution with superior power density and thermal behaviour for utility scale solar and storage installations in demanding environments. Siemens saw the acquisition as a way to strengthen its distributed energy, renewable energy resources and eMobility solutions.

Schneider Electric doubled its value in the last two years, and in January was ranked as the world’s most sustainable company. Describing themselves as ‘the leader in digital transformation of energy management’, Schneider dominates in all things related to the smart city of the future, from inverters, to electric car charging, to industrial automation software. As companies hurriedly look to electric digitalisation to reduce their carbon footprints, big names including Walmartt, Mariott and ArcelorMittal have found Schneider[13]. At CES 2021, the company announced their ‘Wiser’ Smart Home Ecosystem including a smart meter, back-up generator and solar inverter under the guidance of an AI-based management system[14]. It also features a load shedding system which could revolutionise battery storage. Schneider has in fact partnered with SolarEdge to create a seamlessly integrated solar powered smart system for the home[15]. Watch this space.

Project Drawdown sees grid flexibility and microgrids as hidden keys to the energy transition.  The “macro” grid connecting large- and small-scale fossil fuel generation to users obstructs the transition from high emission energy produced in a few locations to clean energy produced everywhere.  Our current grid was not designed to handle intermittence, inherent in solar and wind energy.  To grow beyond a 25% share of generation from renewable sources will require increasingly more flexible grids.

Whilst large solar farms and towering wind turbines take headlines, it is technologies like the ‘smart’ inverter which will enable their rollout. The companies highlighted here are those we believe are currently best placed to deliver this promise, but it is likely that new technologies, particularly in battery storage, will shift the landscape considerably. The ceiling for ‘smart’ energy technologies appears limitless, and it seems certain that they will play an increasingly large and public role in the coming years of the transition.