The House of the Future is Here, it Runs at Much Lower Costs and is Close to Being Net Zero 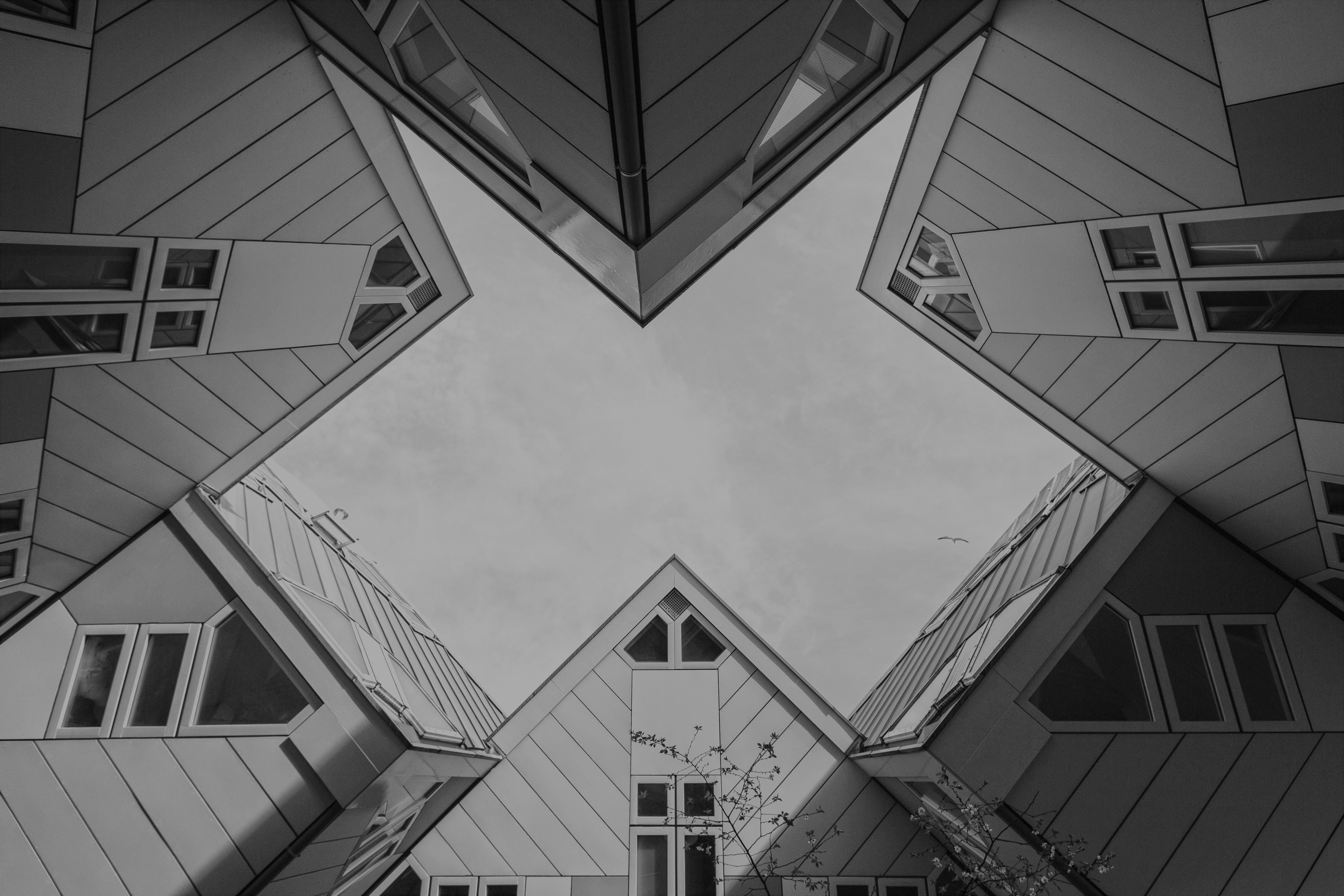 Picture by Stas Knop from Pexels

The house of the future is a self-sufficient home, that meets its energy requirements via the use of solar systems combined with energy storage solutions, and powers and connects electric vehicles. It also switches out methane burning components for those that are powered by the solar system for water heating and to power heat pumps. A very relevant positive externality is that the self-sufficient home is close to running as a “net-zero”, beneficial to reaching our collective climate goals. However, the reason why we expect adoption to scale up is that the energy efficient solutions can also result in high savings. The costs associated with electrifying transportation and heating, as well as the behind the meter electricity generation and storage used on a day-to-day basis are below the running costs of the high emissions, business as usual, unsustainable houses. The economic savings and the decarbonization goals are achievable with technologies available today.

In this article, we look at the case of California. We quantify capital costs and running costs, and we discuss the relevance of policy in translating into the house of the future and a self-sufficient home.

All Eyes on California Solar

California is ambitious about climate change and its forward-thinking climate policies have made it a leader on climate change. The state achieved its goal to reduce emissions to 1990 levels by 2020, four years ahead of schedule. Now, the state has set a new goal to reduce emissions 40% below 1990 levels by 2030, towards a path of achieving carbon neutrality by 2045.

California’s success is in part due to comprehensive policies that harnessed market forces to find cost-effective solutions to meeting its emission reduction goals. Solutions that have delivered emission reductions through programs geared towards large emitters facilities (cap and trade program), transportation (low-carbon fuel standard), and electricity procurement (renewable portfolio standard). These solutions are complimented by programs and regulation aimed at decarbonization of buildings.

California ranks as the country’s top producer of electricity from renewable sources, and is the fourth largest electricity producer. However, overall electricity is still predominantly from natural gas.

In addition, California’s electrical grid is vulnerable to climate change, such as wildfires which have led to power shutoffs to limit the risk of grid vulnerability to climate events. As California looks to rebuild from wildfires and aim for decarbonization, and in an effort to increase the amount of renewable electricity sources in the state, Assembly Bill No. 178 mandates solar panels be required on all new residential buildings. As of January 2020, California requires all new single-family homes to be equipped with solar power systems that are large enough to meet the annual electricity usage of the home and encourages complimenting that system with battery storage such as the Tesla Powerwall. The Bill does fall short from stating the size of the solar system. If the requirement is to meet the annual electricity usage of a home, what does that entail? In this article, iClima compares current home energy consumption and equipment to a predominantly solar-powered home that will require very little from the grid, taking a step further to looking at what it takes to be mostly off-grid and climate resilient.

According to the United States Census Bureau, the average size of new homes sold in 2020 was 2,333 sq.ft., and about 60% of these homes are heated using natural gas. The same census found over 95% of the new single-family homes have air conditioning. Furthermore, water heating for domestic uses with gas water heaters is the second largest use of energy in California homes.

In addition, most homes have a car that uses gasoline. The Department of Motor Vehicles in California reports a total of 35,820,417 registered vehicles. However, only approximately 425,300 light duty electric vehicles were registered in 2020, as per June 2021 data. This suggests gasoline powered ICE vehicles as the predominant type of car for residential use.

Based on these facts, we can make the following assumptions about the equipment found in today’s California home:

The average electricity usage by a US household is 9,000 kWh per year. However, when we factor in heating and cooling energy requirements, we can estimate as much as 18,657 kWh based on a conventional HVAC system. As well, the HVAC system will consume an additional 493 m3 of natural gas for heating the 2,333 sq.ft. home, and the water heating system would consume 413 m3 of natural gas based on a 40-gallon tank that has a first hour rate (FHR) of 72 and runs an average 4 hours of use.

In terms of transportation needs, the US Department of Transportation states the average miles per year driven by Californians in 2020 is 14,435 miles. That annual milage would require 555 gallons of gasoline per year at a city fuel efficiency of 26 MPG for a BMW 330i.

The California mandate to have new build residential homes to have a solar system to meet its annual demands would require a solar system to power a home of equal size of 2,333 sq.ft. consuming 9,000 kWh per year. This would roughly be about a 5 KW system with about 16 solar panels of 300 watts per panel. However, this would not allow the home to be truly self-sufficient and will not have a significant impact on decarbonization if the other equipment (HVAC, water heater, car) remain fossil-fuel based.

Therefore, the house of the future would replace conventional equipment for:

The solar system of that size could generate as much as 30,825 kWh/yr which would meet close to 90% of the overall energy requirement with the new equipment:

A total of 3,717 kWh/yr would still have to be sourced from the grid but would reduce the overall running costs to $743 per year. Translating into an overall savings of $7,641 per year.

Transitioning the House Is a Big Investment, But it Pays Off

The capital cost of the house of the future currently requires a significant investment compared to the conventional equipment. As batteries and solar panels are technologies (not fuel), they have benefitted from price reductions and expect to benefit from continuous reductions, as well as EVs and heat pumps.

In addition, residential solar systems are currently eligible for a rate reduction for selling excess electricity from the solar panels to the grid. With the Tesla Powerwall+ or similar storage system that can maximize this benefit, there may be additional savings to the homeowner. You can visualize the comparison in this Infographic.

When consumers become producers, they effectively transition into “prosumers”. As we demonstrated above, a big motivation of building generation capacity behind the meter is to save on recurring costs for electricity, heat and fuel. Security of supply and stability of running monthly costs is the main goal, so self sufficiency is the aim. The main first obstacle is the capital cost to get to self-sufficiency. In his book “Freeing Energy”, Bill Nussey explains that residential solar in Australia has over 20% penetration. One in every five homes in Australia has a solar system, obtained at a cost between $1.1 to $1.2 per watt. Meanwhile in the US, one in every fifty homes has a solar system and the homeowner pays between $3.0 to $4.0 per watt. While the technology is the same, it takes one to three weeks for a solar system to be delivered in Australia, while two to three months in the US. Why a country that is so efficient and high tech is not taking advantage of electricity being produced at point of consumption? There are a few factors that explain it, but Nussey provides a solid argument in that the main reason for the discrepancy is that while Australia has a single national regulation with a simple and standard process for local solar legislation, the US is a “patchwork of 18,000 jurisdictions and 3,000 utilities with different rules and regulations to go solar”.

Ease of installing a solar + battery system is of course the first key element for “local solar” to take off. Permitting and installation must be efficient and price competitive. Once the behind the meter solar rooftop (and batteries) are in place, another key piece of legislation that determines how these small, decentralized assets will be managed is called “Net Metering”. The term refers to how a potential credit for every kilowatt-hour of excess solar energy is calculated and how the asset owner is compensated for the behind the meter surplus. Solar Reviews earlier in 2021 analysed the Net Metering rules for all 50 US states plus Washington DC, ranking all states according to how favourable were the rules for financial compensation of retail behind the meter excess energy. Delaware is ranked as number 1, paying prosumers the retail rate for their excess supply. New Hampshire, Oregon and Washington DC follow as top Net Metering states. Michigan and Georgia are the two worst states. In Georgia, many municipal utilities allow solar installations to interconnect, but charge fixed fees between $10 to $20 per month on solar owners and credit excess electricity at wholesale prices. Moreover, when distributed generation represents only 0.2% of peak electricity demand, utilities in Georgia will not even be required to offer any payment for net excess generation.

Although current Net Metering rules in the US are local and not overwhelmingly encouraging prosumers to generate as much electricity at their behind the meter retail installations, recent federal regulation has provided clear rules when it comes to the wholesale market. The Federal Energy Regulatory Commission’s (FERC) issued in September 2020 the Order 2222. FERC has oversight over the regulation of the electricity sale at the wholesale level, so between generators and resellers. That includes the organized capacity, energy, and ancillary services markets that are run by the regional grid operators in the US. The goal of FERC in their own words: “Order No. 2222 will help usher in the electric grid of the future and promote competition in electric markets by removing the barriers preventing distributed energy resources (DERs) from competing on a level playing field in the organized capacity, energy, and ancillary services markets run by regional grid operators.”

Greentech Media called FERC 2222 a “game changer”. FERC defined DER as “small-scale power generation or storage technologies (typically from 1 kW to 10 MW) that can provide an alternative to or an enhancement of the traditional electric power system. These can be located on an electric utility’s distribution system, a subsystem of the utility’s distribution system, or behind a customer meter. They may include electric storage, intermittent generation, distributed generation, demand response, energy efficiency, thermal storage or electric vehicles and their charging equipment”. How new (or existing) wholesalers will be aggregating DER assets, and how that will translate into an economic benefit remains to be seen. But as innovators like Uber and AirBnB have shown, optimizing assets (cars or properties) and providing a cash flow generation opportunity to their owners are solutions that get widely adopted fast. Watch this space.