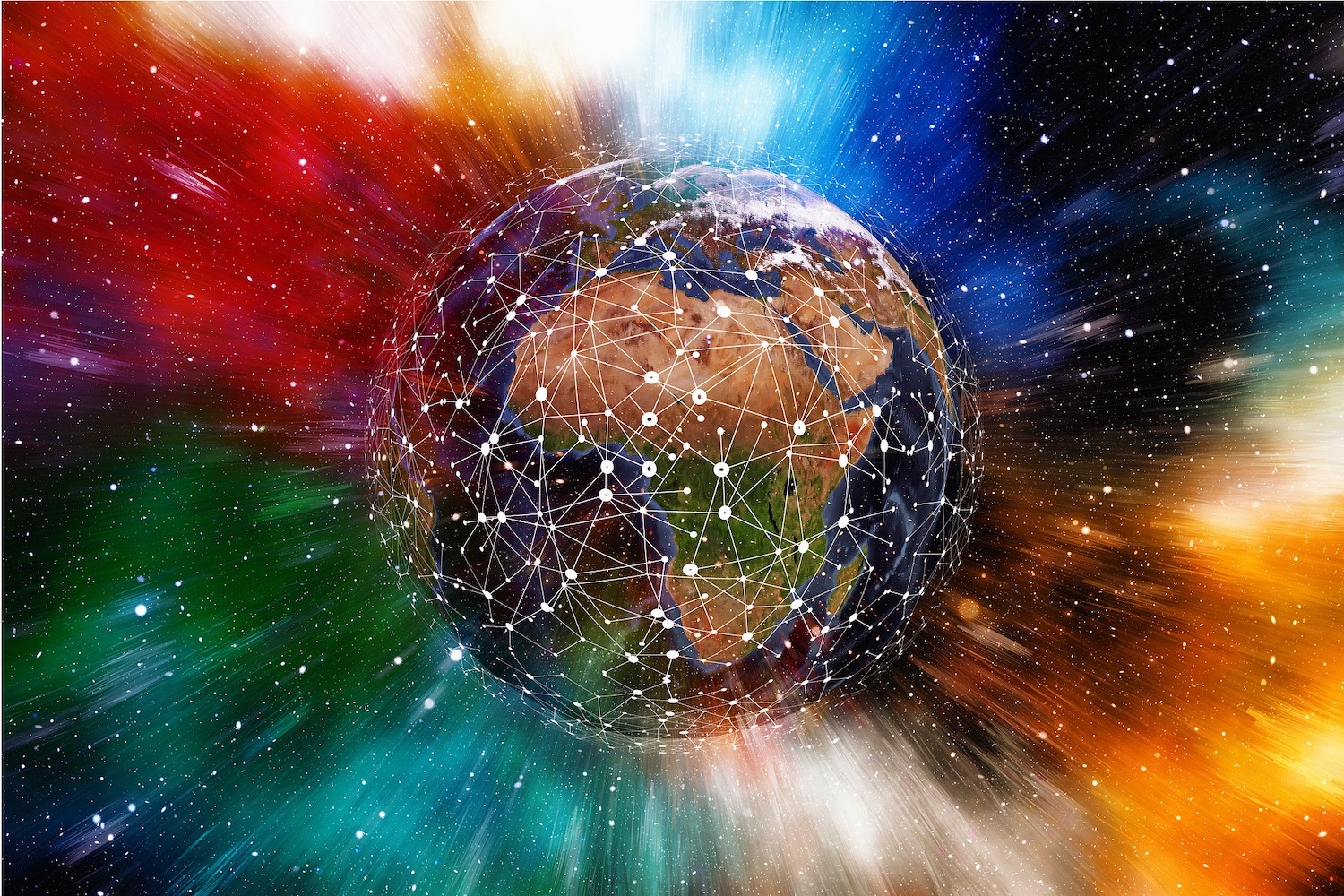 Reaching Net Zero by 2050 will require a herculean effort. Solutions that can facilitate systemic change and further accelerate the transition to a low carbon economy are much needed. Is blockchain, the backbone of Web 3.0, such a solution? Does it have any relevance for climate change mitigation, or is it just a solution looking for a problem? Setting out to answer these questions, we found strong evidence that indicates that blockchain technologies could indeed help to facilitate the regeneration of our planet.

The two key reservations I have are the sustainability of blockchain as a technology, and the degree to which it actually offers a cheaper, faster and better solution. On the first, the technology’s energy consumption has been a focal point of criticism; particularly the energy intensity of mining cryptocurrencies. While this remains a major issue, at my firm iClima Earth, we are focusing on assessing the practical potential of the technology, looking at the many solutions it could unlock.

When it comes to assessing the advantages of distributed ledger technologies, it is important first to give context. At iClima, we see three parallel paths to achieving Net Zero. They are all important, albeit not equally important. The first path is the “less harm” path, where high emitters must find solutions to reduce greenhouse gases (GHG) released into the atmosphere. Cement and steel, two key materials for our society, emit a lot of CO2 during their production phase, and it is crucial that these industries decarbonize. The oil & gas industry also has a key “less harm” role to play, for example by reducing natural gas flaring and methane release during oil and gas extraction and production.

Beyond “less harm,” we have the solutions that promote systemic change. At my firm, we focus on this second path: an “exclusion & innovation” approach, where a myriad of applications allow society to satisfy our needs for food, electricity, communication, heat and transport in lower carbon ways. We can drive a battery electric vehicle as opposed to using an internal combustion engine vehicle; we can eat a plant-based burger as opposed to a beef one; we can use videoconferencing as opposed to flying on planes to meet in person; we can produce electricity from renewable sources as opposed to using fossil fuel power plants.

These two first paths are about not emitting GHG into the atmosphere to begin with. Having said that, there is a need to sequester carbon that is already into the atmosphere; that is what the third path is about. The only proven and potentially economical way of doing this is the use of nature-based sinks. Carbon offsets have often been seen as a way to claim carbon neutrality. While a company cannot offset its way into Net Zero, it can claim carbon neutrality by using carbon credits, and this market has the potential to evolve and provide a mechanism for more afforestation and reforestation projects. It will also be essential for dealing with residual emissions in hard to abate sectors. This sphere is, however, beset with problems, from emissions leakage to false credits to improper use.

Is this where blockchain can come into play?

A number of initiatives are working on that question. Of particular note are Yale’s open-source climate accounting shared protocols platform Open Climate, the Ethereum based Blockchain for Climate Foundation, the Climate Ledger Initiative, which looks at concrete use cases of digital innovation to drive climate action and, finally, the World Bank backed Climate Warehouse, which attempts to link climate market registry systems. I have also engaged directly with co-founders and senior managers at Frigg, Flexidao, Moss Earth and Power Ledger to investigate their solutions. As we demonstrate here, these four new "climatech" ventures are advancing blockchain based solutions with real climate change impact.

Evidence from the Field

Australian-based Power Ledger is a great example of the power of blockchain, and is particularly exciting given its potential to unlock distributed energy generation. The system functions as a marketplace where those with solar panels on their roofs, termed ‘prosumers’ (consumers + producers), can sell excess energy to their neighbors. Traditional energy systems have relied on centralized production with relatively fixed prices and overseen by large utility companies.

By contrast, a system of distributed generation enabled by the Power Ledger marketplace allows prosumers to sell their electricity, peer to peer, at the desired price to consumers who are willing to pay that price (rather than selling to a utility company at a reduced rate) while also giving consumers a lower price. In the case of distributed generation, blockchain represents a very real solution put to work on a very real problem.

Swiss-based Frigg.eco brought a powerful idea to life through cutting-edge innovation: Investing in climate change mitigation infrastructure in emerging markets can be difficult, as investors perceive projects to be risky, funding structures are underdeveloped, progress can be hard to measure, returns remain uncertain and the majority of interested investors remain those to which these barriers are especially significant, for example small scale impact-focused investors or risk averse institutions.

Frigg circumvents most of these barriers. The premise is simple; what if we could split large investments into a lot of much smaller ones, which could then be made easily accessible to all types of investors? Even better, what if investors were not locked in, able to cash out their returns easily and trade the rights to their investment at will? Frigg’s solution was to tokenize projects, thus splitting major investments up into smaller ones, with the tokens then sold on the Frigg marketplace. Tokens can be based on both equity and debt financing structures and can be bought or redeemed in most forms of currency.

Spain-based FlexiDAO is harnessing the revolution in blockchain technology to enhance transparency, a much-needed prerequisite for a successful low carbon transition. With the intermittency of renewable sources, what we think is ‘green’ energy may actually be coming from fossil fuels while the wind doesn’t blow or the sun doesn’t shine, and it is devilishly difficult to find out whether this is indeed the case. The current system of energy source tracing relies on certificates which do not reflect the physical reality of the grid hour by hour.

FlexiDAO uses blockchain to tackle this problem. Their solution effectively matches business consumption with renewable energy output statistics in order to determine whether supposedly ‘green’ energy can actually be termed so. The certification is thus transparent, granular and works in real time. The innovation has been well received, and FlexiDAO has already partnered with global giants like Microsoft and Vodafone.

Brazilian Moss Earth has simplified the carbon offsetting process by guaranteeing the traceability and transparency of the carbon certificates via blockchain technology. Moss has tokenized governance and economic rights to small forest areas into NFTs. Individuals and companies can therefore buy an Amazon NFT through Moss and protect a piece of the forest. Moss has incorporated carbon credits into the MCO2 token, listed on some of the largest global exchanges like Coinbase, Gemini, and Uniswap.

While Web 3.0 is in its infancy, the relevance of the solutions of new ventures like Moss Earth, FlexiDAO, Power Ledger and Frigg showcase that blockchain may indeed be more than just a solution looking for a problem, and could accelerate our ability to solve our biggest problems: how to decarbonize and regenerate the planet.