A 'Tale of Two Cities' and the Energy Crisis 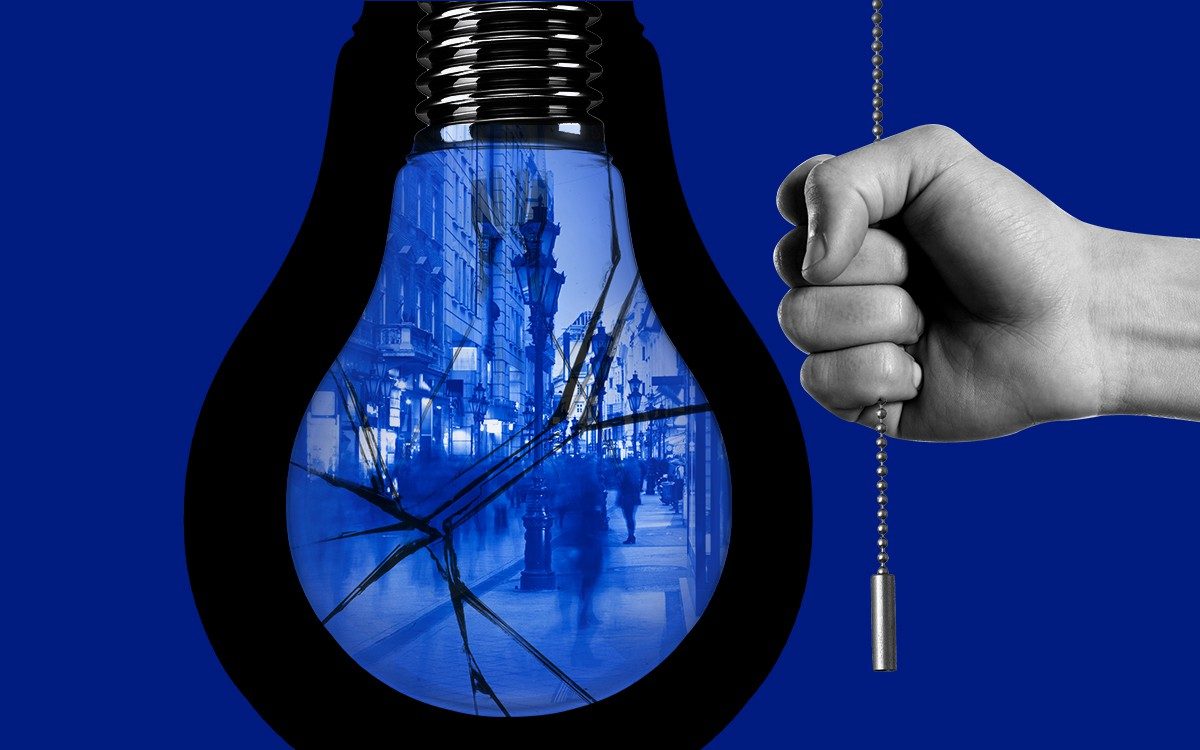 Our current energy trilemma looks unsolvable - energy security with or without Russia seems unattainable, affordability seems a distant fantasy with crude and NatGas at records high, and decarbonization goals are being willfully ignored as Europe returns to burning coal at dated power plants.

In August we saw the energy crisis deepen and analysts worry about the hard choices facing us in the winter months ahead. Since then, Russia has stopped gas flows to Europe, catalysing fears of rationing and more inflation in the winter months ahead. What started as a temporary halt to the Nord Stream 1 NatGas pipeline at the end of August now looks like a permanent curtailment. Spare fossil fuel capacity is short everywhere - OPEC’s is the lowest on record - so the group will be cautious to use it.

LNG and coal production are at a maximum. Russia is exploiting Europe’s dependence by weaponizing fossil fuels, blowing on the fire of inflation. Price caps are only a palliative to the problem. To solve this supply crisis, we need to lower physical demand for fossil fuels. Are we to drill more and disregard climate change mitigation goals?

In short, are we in the worst of times? Is there any hope for the "best" part of that equation?

EU, U.S. and China give impetus to the energy transition

Despite these obvious struggles, in August we also saw the three largest economic blocs in the world put forth legislation and plans to structurally solve our energy trilemma. The U.S. Inflation Reduction Act (“IRA”) bill, legislation in Germany and across the EU, and a new infrastructure plan in China provide much needed impetus to solve the problem. This means accelerating the new, or real short-term solutions to the crisis – energy efficiency and solar rooftops – as well as longer term investments in the green economy.

The EU has been leading the legislation on energy transition acceleration measures, while the U.S. finally delivered on Biden’s campaign promises for climate related support. Additional good news came from the world’s second largest economy, which announced a new infrastructure plan in August, when China unveiled 19 new measures with a huge focus on infrastructure growth. Covid lockdowns and a property downturn triggered by the Evergrande default earlier in the year may be part of the impetus to revive the Chinese economy, and it is hoped that this new deal infrastructure package will generate economic growth and employment.

Having suffered a persistent drought, the Chinese infrastructure plan elevates water infrastructure as a climate change adaptation strategy to deal with “the worsening of both floods and droughts.” Projects that move water around China represent a third of the water budget, while ca. 30,000 water conservation projects are also seen as a way to employ over one million workers. Bloomberg estimates that ca. $1 trillion of Chinese government funds will be available to support infrastructure projects, with the total capex reaching three times that amount when considering bank lending and corporate funding on top of the $1 trillion.

North Chinese deserts are to host an unprecedented amount of utility scale solar and wind, with the first phase of 100 GW of both wind and solar being added by 2023 and a second phase with over 450 GW starting in 2022. Ultra -high voltage transmission lines are to be built to connect the new green electricity to demand centres in the more populated Eastern region. High speed rail has already been elevated in China and the country currently has over 40,000 km of high-speed rail, which Bloomberg estimates to be more than twice that of all other countries combined.

Despite this, the plan considers an additional 30,000 km of high-speed rail to be in operation by 2035. The new infrastructure plan in China is evidence of a further acceleration of the energy transition, but the country had already been focusing on the relevant solutions. Further evidence of commitment to new green solutions comes from the inauguration, also in August, of what is now the largest building integrated PV (BIPV) system. It is a 120 MW multi -roof solar project built across 11 different locations, covering 665,000 m2 of rooftop space and capable of supplying 100% of the industrial park’s electricity needs.

It's in the name: Solar panels = inflation reduction

As the U.S. was lagging behind the EU's own legislative efforts, it was able to learn from successful policies from these European countries. Research shows that not all subsidies are equal, as consumers have a strong preference for point-of-sale discounts as opposed to fiscal stimulus via annual tax return filings. The IRA bill earmarks a total of $369 billion in investments into energy security and climate change, as follows: $161 billion as fiscal stimulus for clean electricity; $100 billion to make clean technology and solutions more affordable; $75 billion for environmental conservation and ca. $33 billion to support U.S.-based clean-tech supply chain development. The bill could put the US on track to cut CO2e emissions by 40% by 2030. Some of the key incentives are:

The IRA will transform the U.S. buildings sector, as retrofits and new developments will converge energy efficiency, mobile and stationary clean energy storage, and vehicle electrification. In terms of consumers, the IRA puts individuals as the key decision maker in the adoption of the solutions and the immediate savings as the main driver prompting the transition to lower emission alternatives.

The new policies in the U.S., China and Europe incentivize consumers to adopt deflationary clean solutions. We expect to see the acceleration of adoption of two key consumer led indicators, namely solar rooftop installations and EV purchases. As of July 2022, California had 1.5 million solar rooftops installed (12,944 MW of distributed solar generation, a 10-fold increase over the 1,232 MW of capacity back in 2012). According to the U.S. Census Bureau, there are 13.2 million households in CA, so the current penetration in the market with the highest adoption of local solar is ca 11%.

Shortly after the IRA was signed, BloombergNEF predicted that U.S. households will install a record amount of solar amounting to about 5.6 GW by year end, a figure three times higher than the capacity being added by commercial users. California, Texas, Florida and the Midwest will lead in terms of adoption.

China is expected to lead on the manufacturing side, producing 8 million units in 2028. The adoption of EVs in the U.S. is accelerating, and again California is leading the way. Shortly after the IRA was put in place, California banned the sale of new gasoline cars after 2035, requiring 35% of all new vehicles sold by 2026 to be zero emissions (EV or H 2 power), rising to 68% by 2030.

Light at the end of the tunnel

Fiscal stimulus in the U.S., EU and China will encourage global adoption of low emission solutions, as consumers embrace the alternatives that are cleaner, generate savings and guarantee supply at an unprecedented pace. Fossil fuel companies may be generating abnormal cash flow right now, but their days are numbered.

The light at the end of the tunnel is becoming brighter; we can see a future of abundant and inexpensive clean energy, enabling Net Zero buildings, transforming cars into sustainable computerized power plants on wheels, allowing us to split the water molecule and create a new green hydrogen economy, solving renewable energy intermittency and building grids that are 100% green. The best of times is ahead.

Authored and published for Nasdaq.com.