No Breakthroughs in Nuclear: It's Not Cheaper, Faster, or Safer 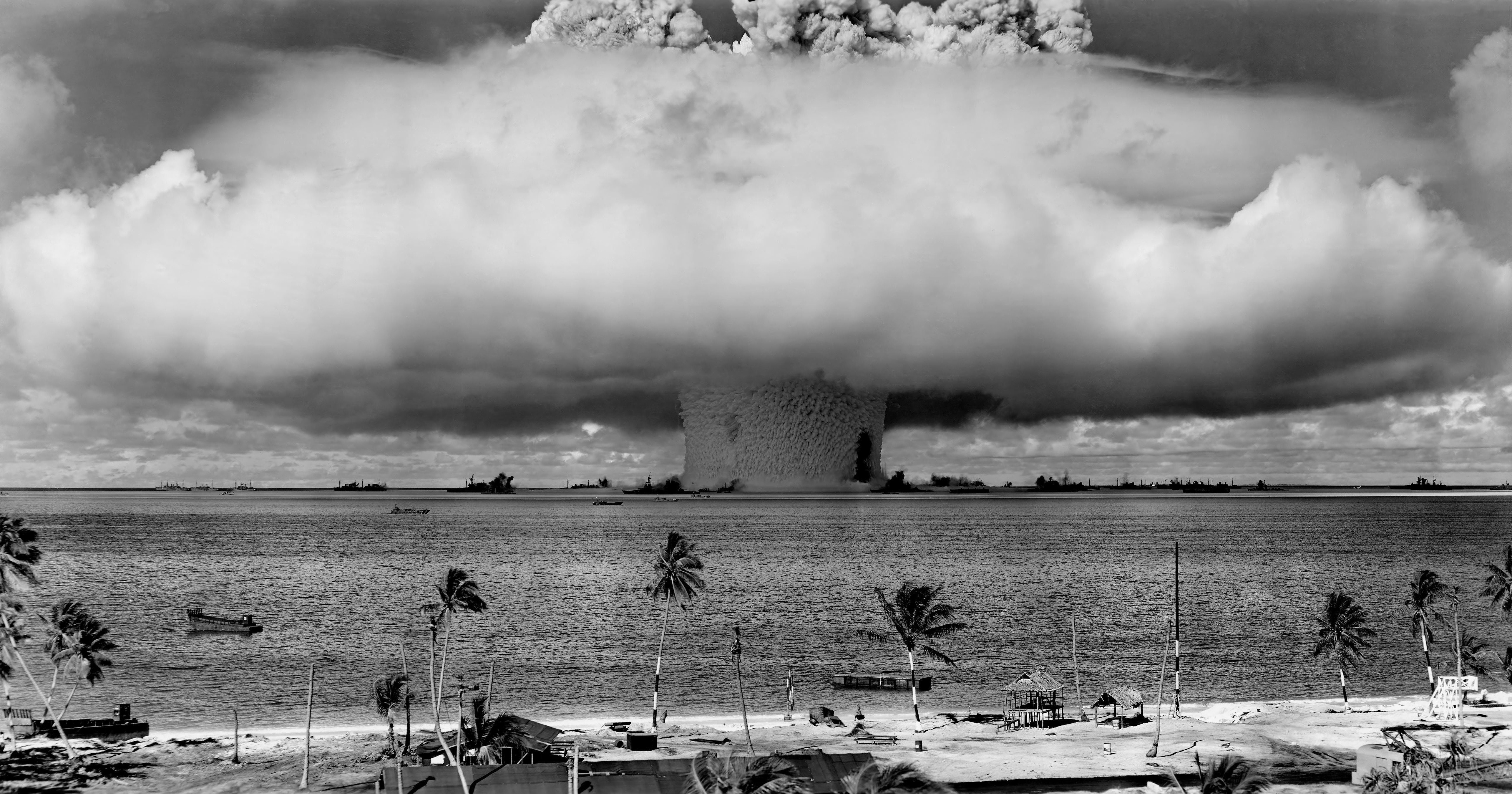 In his 2014 book titled ‘Clean Disruption,’ Stanford lecturer Tony Seba, who speaks on entrepreneurship, disruption and clean energy, likened nuclear energy to a zombie: “not quite alive but not dead either.” Seba points out that nuclear energy has consistently failed to deliver, with the industry characterized by cost overruns, massive delays in construction and life-threatening accidents. A researcher on clean energy, he points out that nuclear is one of the few industries with a negative learning curve, with the cost to build a reactor now more than ten times the cost in the 1970s.

Serhii Plokhy, a Harvard history professor and leading authority on the nuclear age, points out in his recently published book “Atom and Ashes” that hundreds of accidents have happened in the history of the nuclear industry and explains in detail the category 7, highest level accidents at Chernobyl (Ukraine, 1986) and Fukushima (Japan, 2011) that released large quantities of radioactive material with severe environmental and health consequences.

And on top of that, Vladimir Putin is currently demonstrating the geopolitical dangers that large nuclear sites bring. Plokhy summarizes nuclear energy as not only risky to operate but also impossible to count on as a long-term solution to climate change.

The energy crisis seems to be giving new space for nuclear energy enthusiasts to defend the technology as a non-fossil fuel solution to the energy transition, but is it as effective or safe as they claim?

The U.S. Office of Nuclear Power points out that nuclear plants in America have an average capacity factor of ca. 92%, which is widely known to be above the capacity factor of intermittent renewable sources (ca. 35% for wind and 25% for solar). Moreover, proponents of nuclear like to point out that the high energy density of fission reactors means that a nuclear power plant has a power density of ca. 1,000 watts per m2, while the power density of solar is around 20 watts per m2. This, for example, drives Japan’s interest in the technology.

China also has a policy to promote the technology, and the analysis of the outcome of 30 years of federal support in a country with little public or political opposition is a very relevant exercise. Energy specialist Michael Barnard did a study on China’s efforts to scale up wind, solar and nuclear. The country has had a nuclear development program since the 90s (the first commercial nuclear plant starting operations in 1994) and a wind and solar program from the mid-2000s.

He tracked the annual deployment of these technologies in the last 11 years as well as their production. The graphs Barnard plotted show unequivocally that wind and solar were able to scale up successfully while nuclear was not. Energy density may be attractive in theory, but not even the support of the Chinese government was able to expedite the development of nuclear reactor construction. Complexities in engineering megaprojects abound and nuclear scalability has never been achieved (falling into the slow speed and bespoke category in Bent Flyvbjerg’s “Four ways to scale up” matrix ).

That is the main reason why Barnard projects that solar and wind in China will produce four times more electricity than nuclear by 2030 (there will be 100 GW of nuclear in China by 2030, which is half of the previous target, while by 2023 ca. 55 GW of nuclear will be online).

Heat and drought have affected hydro generation in many regions; natural gas and coal are at historically high levels; and there are continuing concerns over our ability to ramp up both renewable energy sources and long duration energy storage. This situation reignites the arguments for the high energy density of nuclear energy. That is why a country committed to decommissioning all its nuclear like Germany is considering postponing the decommissioning of its three remaining nuclear plants, despite the fact that it has been phasing out the technology since the Fukushima disaster.

Similarly, California’s governor is currently considering whether to keep its last nuclear plant, Diablo Canyon, running for longer. Plokhy warns that the risk of accidents associated with keeping old nuclear plants in operation is material, but so is the risk of rushing the development of a new generation of reactors.

Bill Gates backs new cleantech via his Breakthrough Energy venture fund, but has also been supporting modular nuclear hopes since 2006 when he co-founded TerraPower to develop nuclear fission modular reactors that are to be safer and more efficient. A few weeks, ago Gates led a round that raised $750 million for the Seattle-based venture. A first demonstration 500 MW reactor is to go into operation in 2028.

According to the investment bank Lazard, who frequently calculate the Levelized Cost of Energy (LCOE) for different sources of electricity, nuclear is at $204/MWh (assuming no decommissioning costs) while utility scale solar is at $41/MWh in version 15 of their model. It is unclear what the cost would be to develop TerraPower modular solutions, but what is clear is that commercialization phase is unlikely to happen prior to 2030.

Shortly after COP26 I wrote an open letter to Mark Carney suggesting that we utilize three key metrics when looking at climate change mitigation solutions. The first is Potential Avoided Emissions (PAE) which entails estimating the volume of emissions that are precluded from entering the atmosphere by using a low carbon alternative to a heavy emitting technology or process -- for example, electric vehicles versus internal combustion engine cars.

Secondly, the Time Value of Carbon, which is similar to the time value of money; i.e. CO2 avoided in the near term is worth more than that avoided in the long term. Finally, the carbon return on investment calculates the dollar per megaton of PAE. While nuclear energy theoretically has high PAE, it scores extremely poorly in terms of time value of carbon and carbon return on investment, with plants costing large amounts and taking a long time to come on line, meaning any material impact would realistically be beyond 2030.

Thus, the investment case is not strong.

Not any cheaper, faster or safer

Nuclear energy takes many years to develop. The median construction time of the nuclear reactors in operation in 2020 was seven years, and the industry has a terrible track record of cost overruns. An MIT team estimated that over five decades of nuclear plant development across 107 plants in the U.S., the average final cost of each plant was three times higher than the original budget. The next nuclear power plant to become operational in the U.S. says it all: Plant Vogtle, being built in Georgia, is now estimated to cost over $34 billion. When approved back in 2012 the additional two reactors (of 1,113 MW each) were estimated to cost $14 billion. The new reactors are scheduled to start operation in 2023 at a cost of $15.3 million per MW.

In stark contrast, BloombergNEF predicts solar modules will reach $250,000 per MW by the end of the year.

China, the U.S., the UK, Japan and France are the key countries continuing to put effort into the development of nuclear energy. France is a particularly relevant case as it is the country with the highest share of electricity from nuclear plants, over 70%. A look at the current troubles with its large utility provider EDF is also cause for concern. The company recently reported its 2Q22 financial results which were marked by a 75% drop in EBITDA levels that “reflects the company’s difficulties in nuclear generation.” The company is facing corrosion problems in several plants, with only 30 reactors out of its 56 reactors in operation in April.

Nuclear as an investment strategy – why bet on an overwhelming source of problems?

Nuclear will not solve the current energy crisis, will not accelerate the energy transition, and will not provide abundant, inexpensive electricity for many countries on the planet. This last point is a key one.

By contrast, distributed renewable energy can provide energy to over 700 million people in Africa, Latin America and Southeast Asia that still have no access to electricity. Distributed renewable energy and scalable and flexible wind and solar are much more relevant for the vast majority of countries (of the UN member countries only 30 out of 193 have nuclear power plants). The risky decision to extend operations of older nuclear plants as a kneejerk reaction to the energy crisis is being erroneously interpreted by some analysts as a nuclear revival.

To be clear, there have been no breakthroughs in modular nuclear fission, and nuclear fusion continues to be in the experimental phase, decades away from any material commercial breakthrough.

There are several nuclear energy ETFs, marked by uranium miners as top constituents as well as large U.S. utilities with material nuclear assets (like Duke Energy, Dominion Energy and Exelon Corp) as well as Japanese conglomerates (like Mitsubishi Heavy Industries). Betting on a nuclear revival looks like a strategy for investors that do not believe renewable energy and LDES will scale up fast and successfully.

However, we firmly believe that nuclear energy will simply not compete with solar, wind and batteries, at least at any scale. The key to the renewable energy system is long duration energy storage (LDES), and many forms are rapidly emerging, from hydrogen stored in salt caverns to pumped hydro to compressed air and, of course, batteries. Countries like Germany, Italy, and Ireland that have Net Zero goals and a ban on new nuclear are putting a lot of resources into these technologies.

We have no time to waste. While the nuclear zombie may still be standing in some places, the overwhelming majority of countries will be decarbonizing their grids with the sustainable, deflationary, digital, modular solutions that solar, wind and batteries have become. Nuclear may play a small role in some geographies and jurisdictions, but it simply makes no sense to widely rely on such a centralized, risky, and expensive technology when there are so many win-win alternatives available.